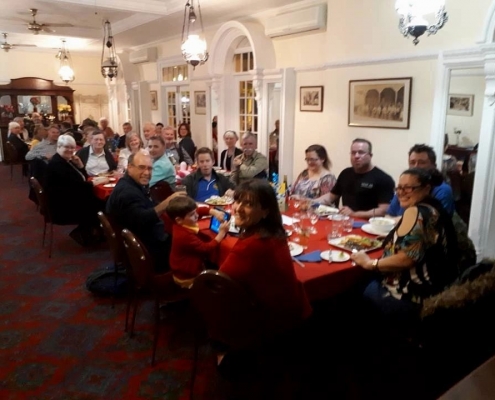 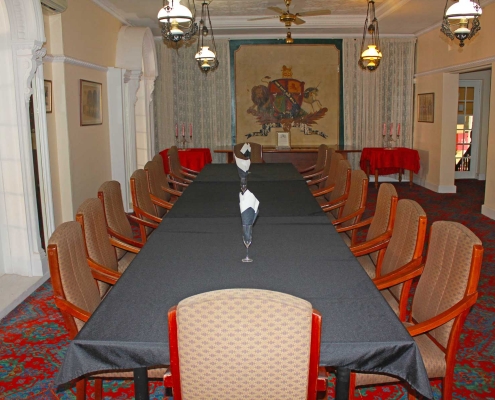 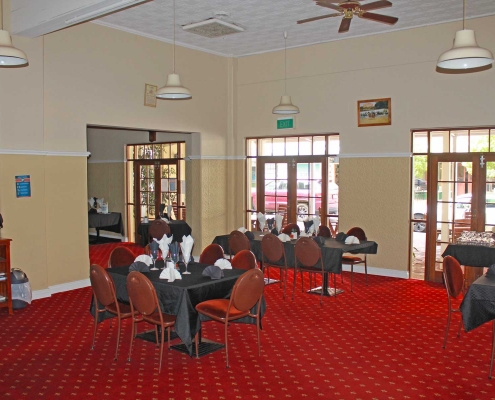 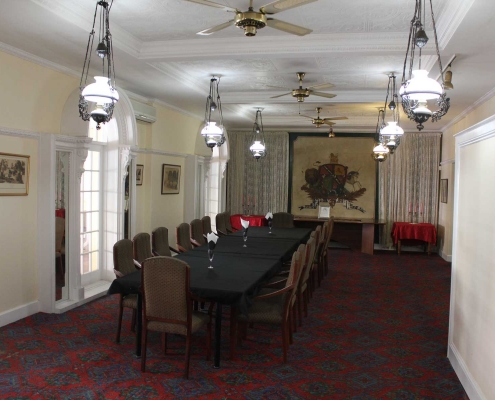 The Castle Hotel in York WA offers 3 different rooms available that can be used for a range of events. From weddings and conferences to birthdays and anniversaries, we can host them all. If you have an idea for a function please contact us for further information and menus, as we are more than happy to assist.

Federation Room – This is our largest function room for which we have hosted anything from conferences to weddings and anniversaries.

Coat of Arms – A slightly smaller room usually used for smaller conferences such as birthdays, family get togethers and business meetings.

Governors Room – This is our smallest room and it seats a maximum of ten people. It is ideal for small groups and meetings.

Our Coat of Arms

“Honi soit qui mal y pense” are French words that you’ll find on Britain’s royal coat of arms, on the cover of British pass- ports, in British courtrooms and elsewhere of note.

Honi soit qui mal y pense is a French maxim used as the motto of the British chivalric Order of the Garter. It is translated as “May he be shamed who thinks badly of it” or “Shame be to him who thinks evil of it”

These words were apparently first uttered by England’s King Edward III in the 14th century. At that time, he reigned over a part of France, and the language spoken at the English court, among the aristocracy and clergy, and in courts of law was Norman French, as it had been since the time of William the Conqueror of Normandy, starting in 1066. 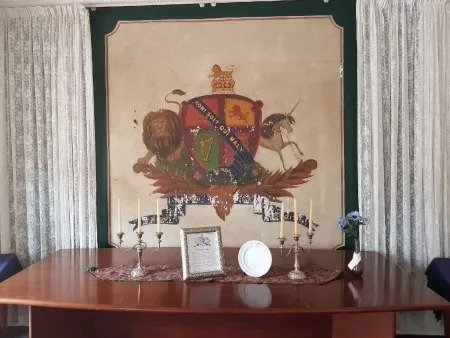